Moon at No.1 in OWM Album Charts! 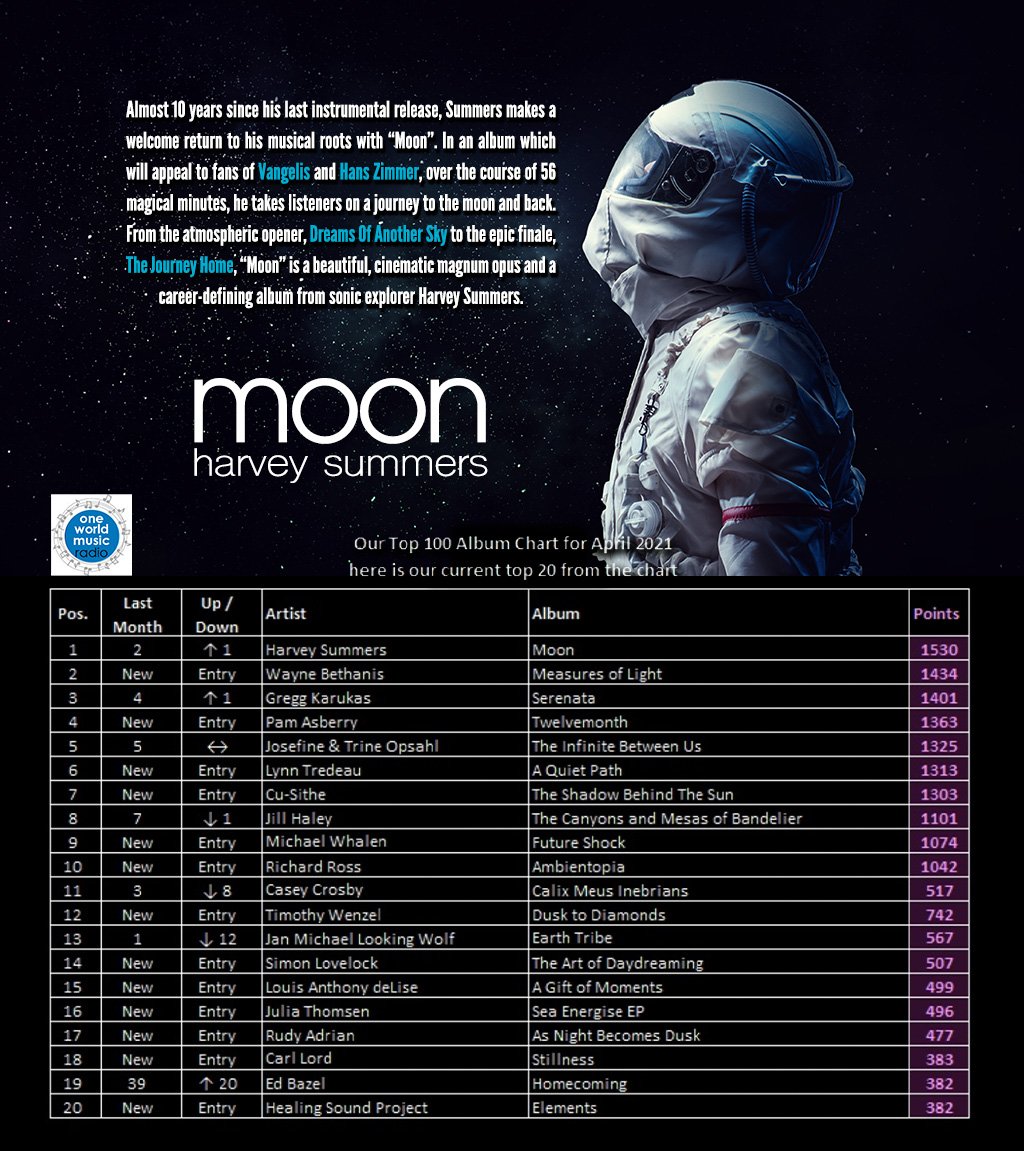 I’m absolutely thrilled that Moon has climbed to the Number One spot in the One World Music Album Charts for April, 2021! This is a first for me and I’m both humbled and honoured. One World Music is a great online radio station playing an eclectic range of music from classic rock and pop through world and new age music, to cinematic stuff like Moon. Their chart is based on their listenership and which songs are being played the most. I first met Steve and Chrissie who run One World back in 2012 when I had just released Jupiter. We met in Brighton in the UK and had an interview about the album etc. Steve wrote a wonderful review and has also reviewed Moon. They now operate from Cyprus. Be sure to check them out.

Harvey’s artist page at OWM where you can catch up on all of the shows he’s featured on:
http://oneworldmusic.co.uk/harvey-summers/4594963250 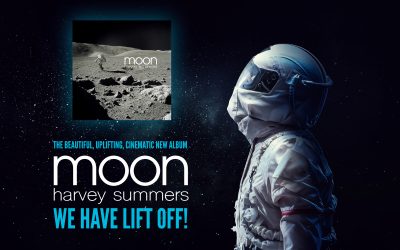 In case you hadn’t already noticed, I’ve recently released my first new album since 2016’s ‘Human’. You might well be... 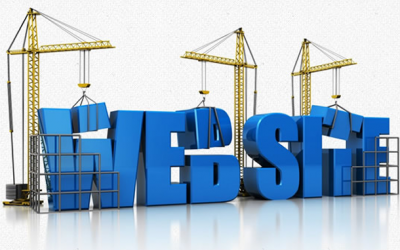 Welcome to my long overdue new website! If you’ve visited recently you’ll have noticed my site has been stuck in a...